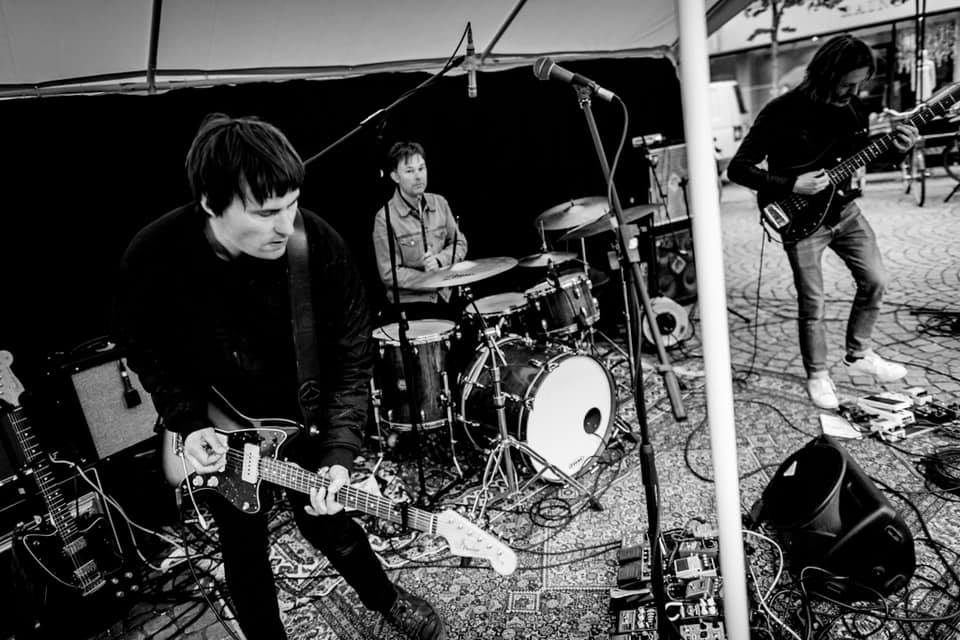 Into the Wide is the second album from Catch The Breeze and the culmination of three years of intense creativity: The drummer dived deep into the entanglements of polyrhythms, the singer moved from the big city to the countryside, and the bassist followed his musicality through different bands and genres. Into the Wide is all about range, openness and creating something new together. “We are really proud to present this album and we look forward to share the music with you all”, say the bandmembers.

A surge of sound gives way to a musical landscape of great diversity where massive and noisy compositions blend with captivating melodies and spheric passages. Catch The Breeze place their music originally between Dream Pop, Shoegaze and Art Rock. Melodically composed and beautifully played.

The lyrics draw the listener into a universe of personal experiences and big questions filtered through metaphors and images. They are about seeing oneself and one’s relations in a new light and about life and hope: “move ahead like the dark is not there. Fade into, life somewhere” (Embrace). ”Breathe the air. In the sky, in the sky we’re waiting.” (Hollow)

To capture the experienced band’s musical synergy is the greater part of Into the Wide recorded live at Tapetown Studios, Aarhus, while the intense and charismatic vocal was recorded at Heyman Studios, Copenhagen. The music is beautifully accompanied by guest musicians Kasper Staub, synth (Lowly) and Camilla Florentz, vocals (ONBC). Everything has been expertly mixed by Christian Alex Petersen, Grapehouse Studios (MEW, Marching Church, Liss and others). 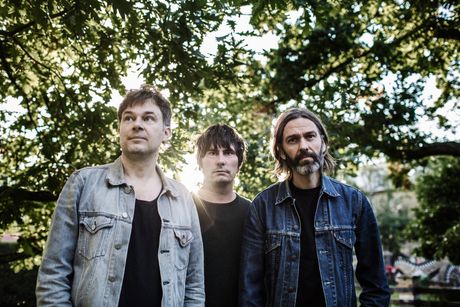 Three friends, a wildly flourishing creativity and 22 years of musical synergy is united in Catch The Breeze. The sound is lavish, multifaceted, yet simply melodic and captivating.

Numerous genres are joined in Catch The Breeze but as pioneers for Nordic Shoegaze and Dream Pop there is a primary focus on atmospheric and evocative Art Rock.

In 2014, in the middle of creating a new song, Andreas Bundgaard (drums), Aage Kinch (vocal, guitars) and Lars Madsen (bass) decided to create a new band. The music moved in a new direction. Yellowish belongs to the past; the future belongs to Catch The Breeze.

Later, that same year Catch The Breeze released an eponymous EP with iconic songs like Reunite Your Forces and Seven Years of Heavy Dreams, both achieving numerous views on YouTube. Glow, the band’s first full-length album, was released in 2018, led by the singles Paper Lanterns and Fields of Sunrise. It cemented the band’s status in the underground scene, especially for Psych Rock and Shoegaze, both in Denmark and abroad.

Since 2000 the three musicians have played together. Through the 00’s and 2010’s in Yellowish, who were a factor to be reckoned with on the Danish scene for Indie Rock playing Roskilde and SPOT festivals in 2006 and landing a number-one hit on the iconic hitlist ‘Det Elektriske Barometer” in 2004. Yellowish released two albums, Solid Gound (2004) and So Bright (2006). Both were released internationally.

Aage, Lars, and Andreas are and have been active in other constellations as well. 2007 saw Aage launch a solo project called Mixtune for Cully helped by Andreas on drums resulting in two albums, We Know Where the Aircrafts Hide (2008) and Season of Silence (2012). Lars Madsen plays with Phosphor Kid led by Randi Løvendahl Gustafsson (former Ladylion).

Catch The Breeze releases their second album, Into the Wide, 26 august 2022.